May was a pretty stellar reading month for me. I was able to read three novels and two graphic novels, as well as finally finishing the behemoth known as The Walking Dead Compendium One (not pictured).

This month I finally got the chance to dig into some Nordic Noir novels with Blood on Snow by Jo Nesbø and The Owl Always Hunts at Night by Samuel Bjørk. I have to say, I think I found a new love! After finishing Blood on Snow, I went out and bought the follow up, Midnight Sun. I also picked up earlier in the month, Nesbø’s The Bat, which is the first in his Harry Hole series. I received Bjørk’s book as an ARC, which was the second in a series. While it worked well as a standalone, I’m eager to get my hands on the first in the series, I’m Traveling Alone. 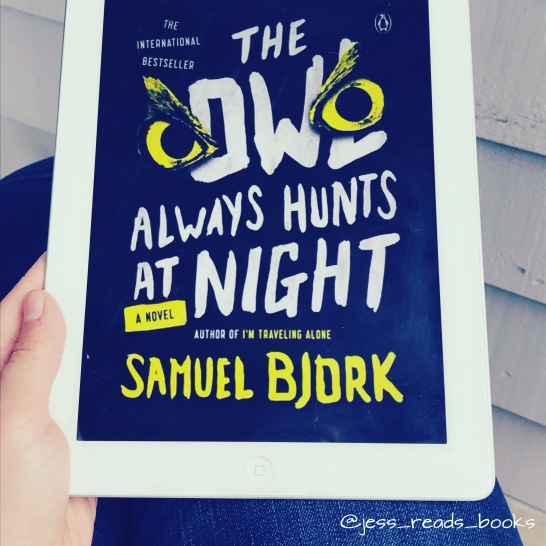 I was lucky enough to score an ARC of Watch Me Disappear from Random House. This book did not disappoint! The story was captivating and I flew through the pages. If you’re looking for a thriller centered around a father and daughter trying to understand what happened to their wife/mother, this is for you!

One of my favorite ways to break up heavy reads is to mix in graphic novels. I’ve been wanting to read Lady Killer for quite some time after seeing countless positive reviews. It was fantastic! If you loved Mad Men and love action, you’ll enjoy this dark comedy. I also read the first volume of Black Science, which is a fantastic series by Rick Remender. I have recently been enjoying his other work, Deadly Class, and on a recommendation from my local comic book store, decided to give Black Science a shot.

Since I didn’t start this blog until most of the way through May, I’m considering posting my full reviews for the books I haven’t posted about. Stay tuned!