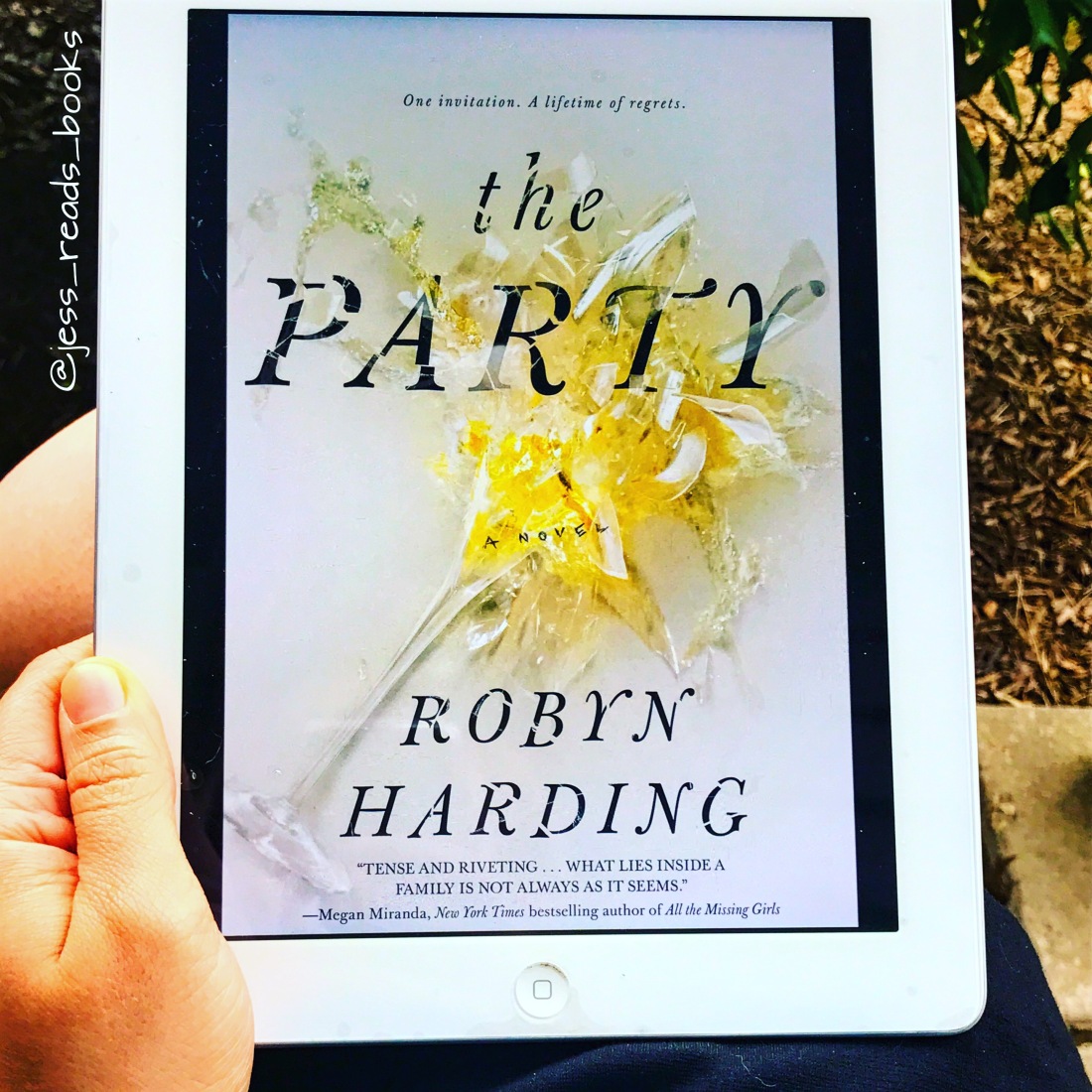 The Party is a domestic drama revolving around an incident that occurred the night of a Sweet Sixteen party. The book is told through the prospective of four narrators central to the happenings of the party and drama that ensues afterwards. Taglined as “One invitation. A lifetime of regrets.”; the reader instantly knows that the party is not going to go smoothly, but it’s the human interaction and truth that bubbles to the surface after, that is meant to captivate.

“Hannah’s worst fears were manifesting: her party was sucking.”

Hannah, the daughter of Kim and Jeff Sanders, is turning sixteen and has recently seen a shift in her popularity at school due to her new boyfriend, Noah. Suddenly Hannah is thrown in to a friendship with the popular girls, Lauren and Ronni, who she would do anything to impress. Hannah has known Ronni since they were little girls, but even as former best friends, she knows she has to shed her good-girl reputation and throw an amazing party to win the girls over. That night things take a tragic turn, when one of the girls is involved in an accident. The events that occur after the incident turn the Sanders’ picture perfect life upside down and reveal secrets along the way that they would prefer had stayed buried. 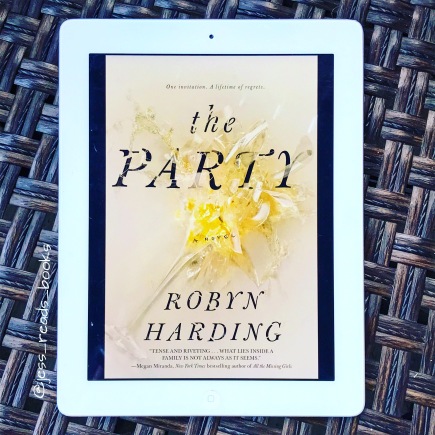 “So…no one knows what really happened that night, right?”

I picked this book up because of the comparisons drawn between Liane Moriarty’s Big Little Lies and Herman Koch’s The Dinner, both books I thoroughly enjoyed. The Party sadly fell flat for me. I couldn’t help but hate every single main character. Each time I thought I could pick out a redeeming characteristic in them, something new was revealed and I found myself intensely disliking them once again.

“You know she’s going to turn on you, right?”

Despite my agitation with the main characters, I did not hate this book! I was hoping for more of a WOW factor or something to keep me on the edge of my seat. While this was lacking, I did find myself speed reading through the second half of the book, wanting to know the outcome of the situation. I would recommend this book to anyone looking for a drama to read on the beach this summer. If you’re looking for something with a more psychological thriller or suspense-filled vibe, I would suggest looking elsewhere.

“Because Lauren Ross is my guardian angel. Because she did whatever mean, popular girls do to sweet less-popular girls to make sure they stay quiet.”

Thanks to Gallery Books & NetGalley for providing me a free digital copy of this book in exchange for an honest and unbiased review.

One thought on “Book Review: The Party”