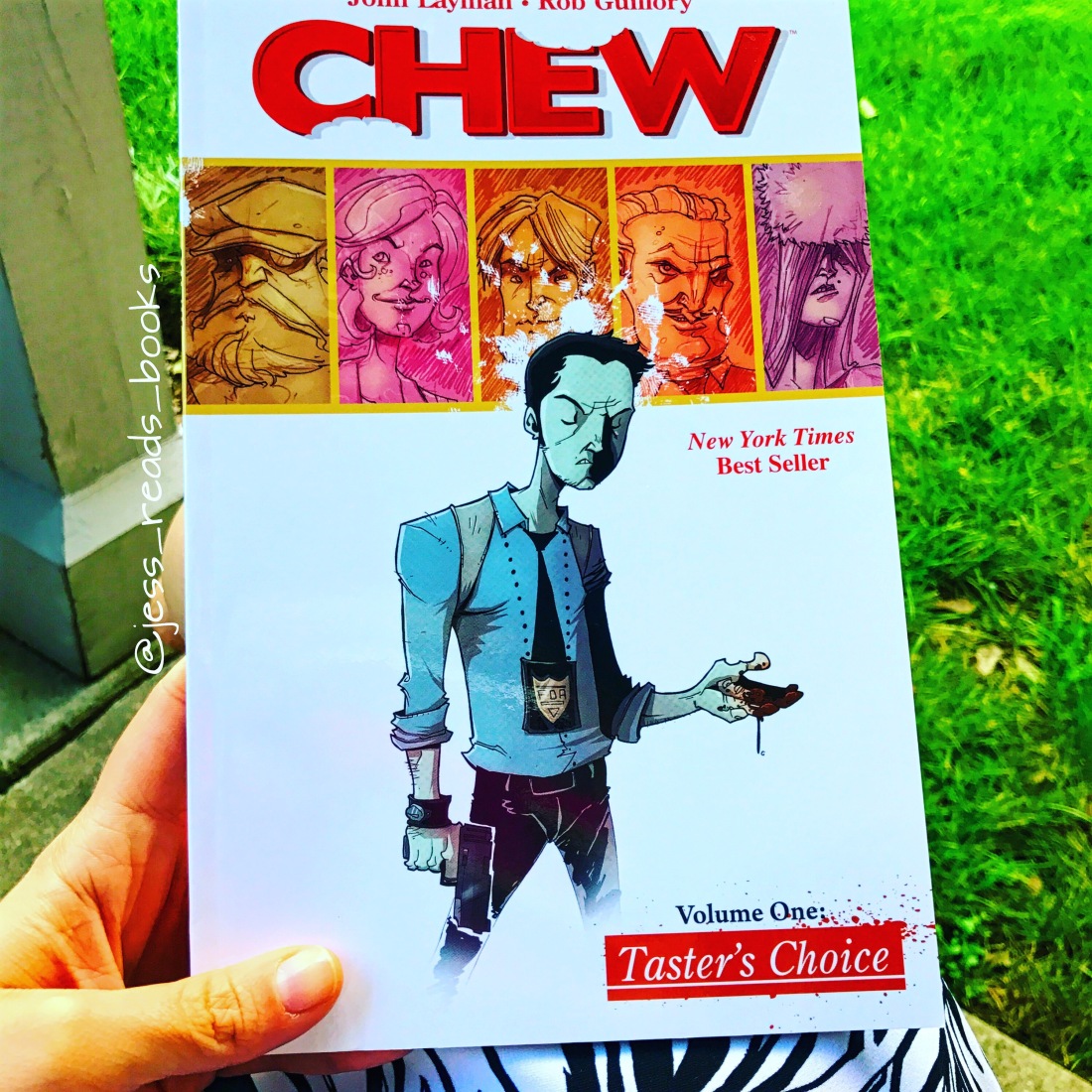 Tony Chu is just an average cop working a stake out with his partner on the Philly PD, except Tony has a secret few know about. What is this strange secret he keeps under wraps? Tony is cibopathic, which means he can take a bite out of anything and receive psychic visions about where that item has been. For example, he can take a bite of an apple and receive information on what tree it grew from, what pesticides it was exposed to, and when it was harvested. On the darker side, he can also eat a hamburger and flash to something horrendous. The only food that doesn’t cause Tony visions are beets and because of that he eats them all the time.

In Tony’s world chicken has become an outlawed food because of a great avian flu that wiped out countless numbers of people. On his current stakeout, his partner and he are watching an underground black market chicken restaurant. Once inside, Tony takes a bite of the soup and has a vision about the sous chef that forces the cops to blow their cover. When Tony is found nibbling on the criminal they pursued, the Special Crimes Division of the FDA brings him in. Fearing the worst, Tony is relieved to hear that the FDA wants him on their team and to use his gift to solve cases, both current and cold. Things quickly escalate with Tony’s new partner, Mason Savoy, who also has the cibopathic gift. Just when Tony thinks things might calm down for him, he is off on one bizarre adventure after another to track down answers for some of the department’s most horrific cases.

John Layman creates an intriguing premise with the outlawing of chicken and turning the meat into a black market item that these cases are centered around. The chicken market is now parallel to the drug market. Tony’s gift is one that seems both unrealistic and yet fascinating all at once. It’s certainly a premise that one could find on a television show, so if you’re looking for a straight-laced, by the book crime fiction, this won’t be for you. CHEW contains an element of humor that balances out the violence and murder surrounding the cases that Tony works on. Layman then goes the extra mile in this first volume and introduces a love interest for Tony that has an equally fascinating hidden talent. 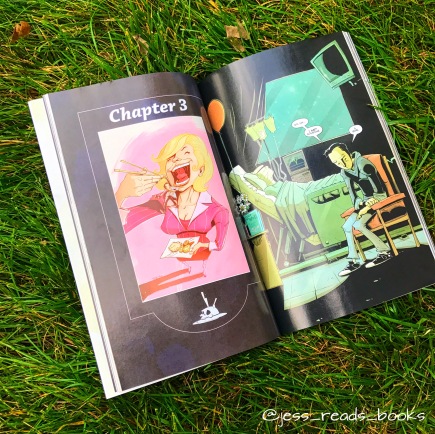 This volume is an all-around entertaining experience, while mixing together many of the things I love. As an avid reader of crime fiction and watcher of detective centered shows, I knew I had to pick up CHEW and bring my love for comics together with these interests. I originally started reading CHEW a few years ago and got through volume 4 before life took hold and I ended up being far beyond sidetracked. Now that the series has ended, I am making it a mission to read through the entire collection.