Caitlin Hendrix is the daughter of well-known Detective Mack Hendrix. She has been working hard to make a name for herself on the force outside of the limelight forced on her. Caitlin has been assigned a detective position in Narcotics for the past six month attempting to accomplish this quest when all of a sudden her past comes rushing back in. The serial killer known as The Prophet, who destroyed her father’s career and her picturesque childhood, is back in the Bay Area wreaking havoc after disappearing nearly twenty years ago. 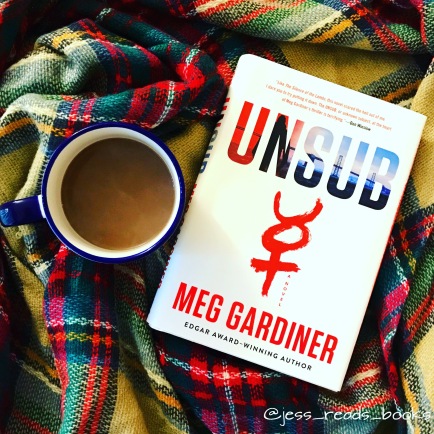 She knew what Mercury meant. It meant flashing lights and BREAKING NEWS and everybody so scared. A body bag sliding into the coroner’s black van. KILLER CLAIMS EIGHTH VICTIM. It meant you could never close your eyes or turn your back. Because he could get you anytime, anywhere.

The Prophet is known for sending cryptic messages and setting up murder scenes riddled with double meanings. In the 1990’s when Mack Hendrix was on the case they were unable to nail down a suspect or motive behind the killings. Caitlin is now on the case with a fresh perspective mixed with the ability to turn to her once estranged father, Mack, for insight. Caitlin quickly falls deeper and deeper in to the case, fully immersing herself in to finding the killer. The Prophet latches on to this obsession and begins to bait Caitlin even further by going after the ones she loves. Will Caitlin be able to figure out who The Prophet is before it’s too late for those who mean the most to her? Can she solve the case that brought her father’s career to an end?

All these years you thought I was gone. But
hell and heaven turn and turn again.
Angels fall, the messenger ascends,
your insolence is harrowed, defiance ends. You
wail in fury, but the
Equinox delivers pain. It battles like a
hurricane. Tremble now – you cannot hide.

Meg Gardiner creates a hunt for a serial killer torn straight from an episode of Criminal Minds in UNSUB. From the opening chapter to the last page I was gripping my seat attempting to solve the riddles and puzzles that The Prophet was leaving behind. As Caitlin builds her case and uncovers the motive behind this serial killer, Gardiner continues to suck the reader in to her fight for justice. The reader is invested in not only solving the case, unveiling the identity of The Prophet, but also the well-being of every character, whether major or minor, in the novel. UNSUB will go down in history as not only one of my favorite reads of 2017, but also one of my all-time favorite books. Now if January would just hurry up and book #2 be out to purchase!

A special thank you to the ladies, Janel and Ashley, behind the Criminally Good Book Club over on Instagram for choosing this as their October 2017 selection. Job well done!