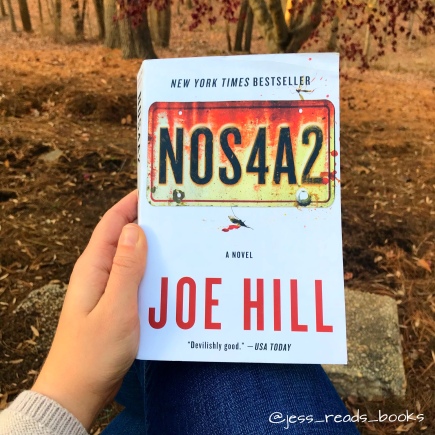 Victoria “Vic” McQueen has a secret she’s been hiding for most of her life. She has a secret gift for finding missing things. It all started the day her mother’s bracelet went missing and she desperately needed to find it to keep her parents from arguing. Thanks to her Raleigh Tuff Burner bike, Vic can peddle across the rickety Shorter Way bridge to the exact spot something was lost. The problem is…the Shorter Way bridge was demolished. How can she still see this bridge, ride across this bridge, and end up halfway across the country in a matter of minutes? 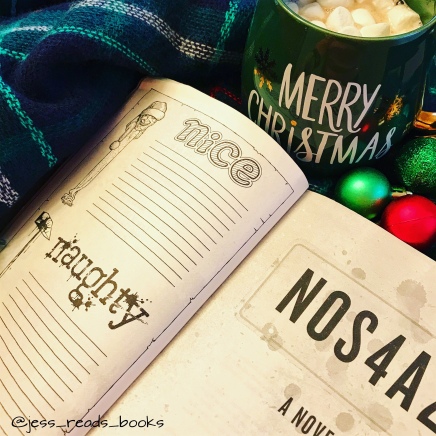 Was there any human urge more pitiful-or more intense- than wanting another chance at something?

Charles Talent Manx has a secret of his own. Manx has a special way with children and the ability to lure them in to his 1938 Rolls Royce Wraith, adorned with vanity plates reading NOS4A2, where he convinces them to come with him to a special place called Christmasland. One day, Vic McQueen wants nothing more than to rebel against her parents and find trouble, so the Shorter Way bridge drops her off at Charlie Manx’s terrifying door of horrors. Vic is the only child to ever escape from Manx’s grasp and now years later, Manx is determined to hunt down adult Vic and destroy her for good. Can Vic once again escape from Manx’s maniacal grip? 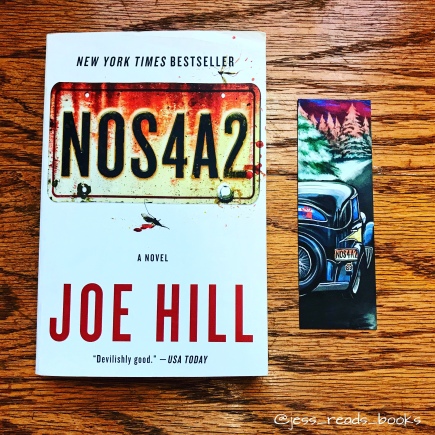 She’d thought love had something to do with happiness, but it turned out they were not even vaguely related. Love was closer to a need, no different from the need to eat, to breathe.

Joe Hill creates a world of fantasy and horror mixed in to an absolute masterpiece within the pages of NOS4A2. The reader is quickly devoted to Victoria “Vic” McQueen and feels every bit of joy and sorrow as she grows up before their eyes. Vic’s life is certainly filled with issues, but the scariest one is Charlie Manx. A terrifying man the reader can’t help but want to learn more about. Hill creates a need for the reader to know why and how the seemingly supernatural Manx is able to do what he does. Christmasland ultimately draws the reader in just like the children Manx kidnaps. NOS4A2 is a hefty book at a little over 700 pages, but Hill manages to make the hours slip away as you get lost in the pages of this book.