Humbert Humbert is a middle-aged college professor looking to make a change in his life after losing who he believes is the love of his life. He makes a decision to move to a new town, however, his plans are thwarted because of a fire and he ends up at the Haze household. Mrs. Haze is a widow living with her twelve-year old daughter, Dolores. Humbert instantly works his way into the good graces of the lady of the house, but we soon find that he has an ulterior motive. 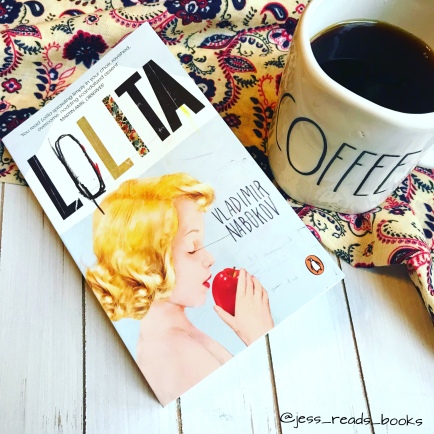 Lolita, light of my life, fire of my loins. My sin, my soul. Lo-lee-ta: the tip of the tongue takinga trip of three steps down the palate to tap, at three, on the teeth. Lo. Lee. Ta.

What Mrs. Haze and those living around Humbert don’t realize is that he is sexually attracted to young girls, who he affectionately refers to as nymphets. He has his sights set on Dolores, whom he nicknames Lolita, and instantly begins plotting ways to get closer to her. Humbert is willing to do anything, regardless of how criminal, to make Lolita his. Is Humbert actually in love with Lolita or is he an insane man? Will anyone be able to put a stop to Humbert? 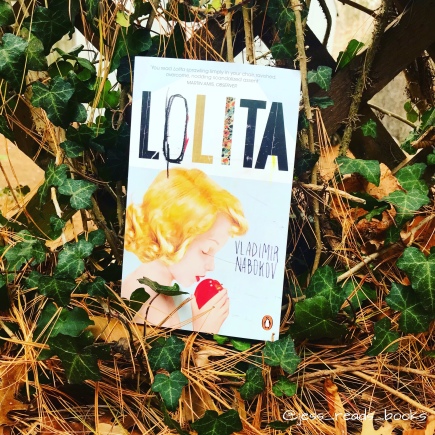 Vladimir Nabokov’s LOLITA is considered a classic because of the way it makes the reader question the unreliable narrator of Humbert Humbert. The reader must determine if they are first comfortable with the subject matter they are reading about and then judge the man telling the tale. Humbert so desperately wants the reader to be on his side and is constantly trying to convince this “jury” of readers that he truly is just a man in love and that no one should judge his desires for such a young girl, after all many years before it was a common societal practice for girls of Lolita’s age to be married. Nabokov’s writing style is of an autobiographical nature, which gives the reader a look into the inner workings of Humbert’s mind and his ability to justify his desires. Despite centering around a criminal act, Nabokov is able to construct a gripping, vivid, and brilliantly written novel about the darker side of human nature.