Read:
The Firemaker by Peter May
Sunday Silence by Nicci French
The Brutal Telling by Louise Penny
Lies She Told by Cate Holahan
Anatomy of a Scandal by Sarah Vaughan
Under the Dome by Stephen King
The Great Gatsby by F. Scott Fitzgerald
Killman Creek by Rachel Caine

This month I felt really overwhelmed in the beginning because I was reading very little. I think the challenge was spreading such a large book (UNDER THE DOME) across the entire month, while still reading other books at the same time. Not the finding time to break up my options and what I was reading, but feeling like I was reading less because I wasn’t mark books off on Goodreads as quick as usual. I eventually got over that and realized I needed to stop being so hard on myself! Don’t worry…I’m reading another huge book in March and I’ll still continue to overdo it! That’s just who I am!

To kick off the month, I picked up two ARCs that I was lucky enough to receive from publishers. I read THE FIREMAKER and SUNDAY SILENCE. Both Peter May and Nicci French are new to me authors and I found all three of them (Nicci French is the alias for a duo) to be fabulous writers. THE FIREMAKER is the start of a series, which I’ll definitely continue reading. SUNDAY SILENCE is almost the last book in a series, but it felt easy enough to read as a standalone once I put a few pieces together that were linked to previous books. 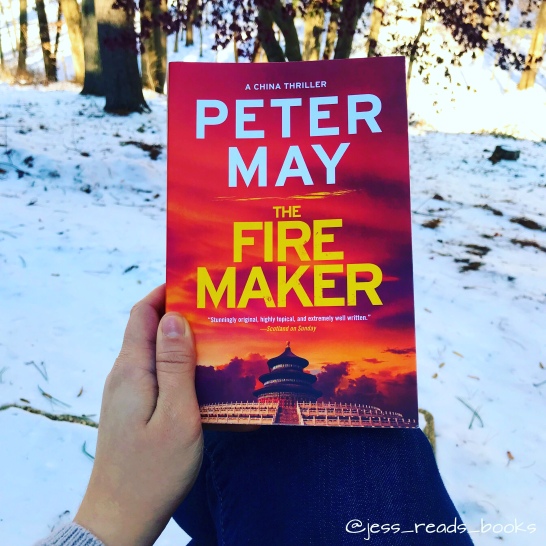 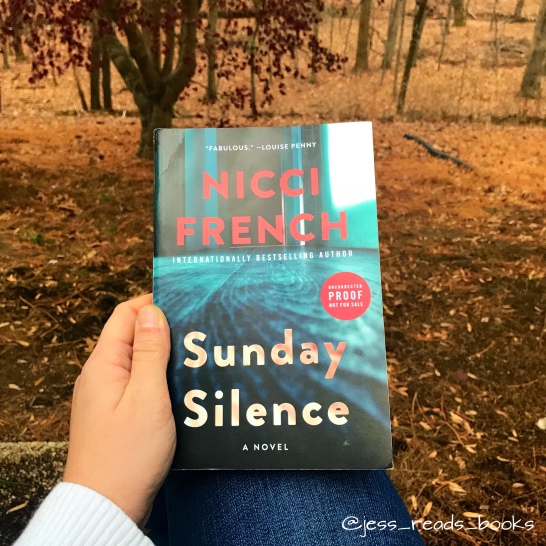 Next up was my monthly #pennypushers read, which was the fifth installment in the Inspector Armand Gamache series by Louise Penny, THE BRUTAL TELLING. This one left me angry with the answer to the whodunit at the end, but it feels very much like the story is going to be continued in book six, so I’m hopeful for some resolution in February! Speaking of reading with a fabulous group of people…my #nerdybynature book club picked up LIES SHE TOLD this month and holy great book! I loved this book within a book. It was light, fast-paced, and pure fun!

If you follow me on Instagram (@jess_reads_books), then you know my next pick, ANATOMY OF A SCANDAL, was a win from Goodreads! It’s the only book I’ve ever won from them and it was fantastic! I think the marketing world is doing no justice to this novel by trying to sell it at a thriller. This book is not fast-paced, but it is a riveting look in to a very appropriate topic for today’s topics. While we’re talking about captivating reads, let’s chat UNDER THE DOME. My lovely friend, Janel, put out some feelers for a buddy read and I signed up immediately. I’ve made it a goal to read more Stephen King books this year, so it seemed perfect. I was expecting horror and creep factor, which was definitely there, but not in the ways I thought it would be. This book is not in your face horror with blood and guts. Instead, the story is about the depths human society will go to in a trapped situation. Just fantastic!

To finish out the last few days of January, I picked up THE GREAT GATSBY as my monthly classics pick. I read this one back in high school and loved it. Reading it again, I realized that I love it even more and I missed a lot the first time around! This story was so much more as an adult than a teenager. Lastly, I picked up KILLMAN CREEK, which was the intense follow up to STILLHOUSE LAKE. I absolutely loved being back with Gwen and seeing what happened next in her struggle to rid her serial killer ex-husband, Melvin, from her life.

I’m really proud of my eight books this month, especially the behemoth that is UNDER THE DOME! February is going to be a little up in the air for me since I haven’t narrowed down my TBR, but I’m hopeful for lots of good reads!

What did you read in January? Have you read any of these titles? Let’s chat!

2 thoughts on “January Wrap Up”