Recent tragic events have rocked the Surete du Quebec. A hostage situation gone wrong. Chief Inspector Armand Gamache has decided to seek solace in Quebec City in order to recover from the memories he can’t seem to forget. In typical Gamache style, he can’t seem to shake the act of murder from following him around. His newly found sanctuary of the Literary and Historical Society suddenly turns in to a crime scene as the body of a local fanatic is found in the basement. Could this person’s obsession with the founder of Quebec, Samuel de Champlain, have lead them to their death? The local police soon draw Gamache in to their case and before he know it he is on the hunt for the truth buried in long ago history. 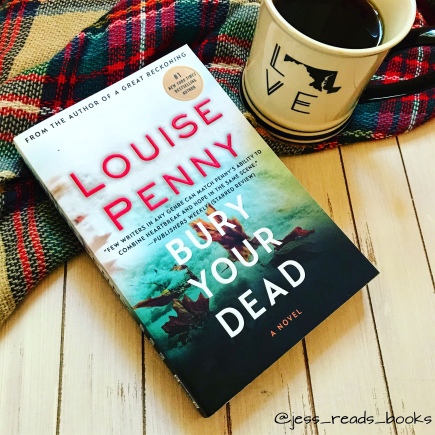 A murder was never about brawn, it began and ended in the brain and the brain could justify anything.

Across Quebec, Inspector Jean-Guy Beauvoir is trying to rid his mind of the same troubling incident by heading to Three Pines. Gamache has tasked Beauvoir to go undercover and gather more information about the case that Olivier, local Three Pines bistro owner, was convicted in. Olivier’s partner, Gabri, has been writing Gamache daily pointing out that the conviction foes not make sense. The repeated letters have finally worn the detective down and made him second guess his arrest. Will Beauvoir find any new evidence? Was Olivier wrongly convicted? 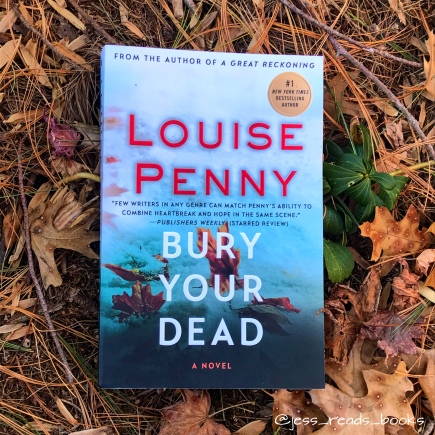 It was what made his job so fascinating, and so difficult. How the same person could be both kind and cruel, compassionate and wretched. Unraveling a murder was more about getting to know the people than the evidence. People who were contrary and contradictory, and who often didn’t even know themselves.

BURY YOUR DEAD is told as two alternating story lines between Gamache and Beauvoir. The details of the tragic event that is haunting the two men weave between the present events of these story lines. This sixth installment becomes more than a murder mystery with these elements mixing, it becomes the story how past events can continually haunt a person and searching for ways in which to live with that haunting. I initially had some struggles with growing attached to this novel and the murder case Gamache is solving. Not because I didn’t find the people interesting, but because I got lost in so much history being thrown at me. I’m by no means a history buff and certainly not knowledgeable when it comes to Canadian history, so I started off a bit disinterested and lost. The ending to this book is really what made me fall in love. It was heart wrenching hearing about the tragic event and know how it impacted every single member of these police force I’ve grown to love. I can’t wait to see where book seven takes me!

If you’re looking to chat with other Louise Penny fans about the Inspector Gamache series, head over to the Penny Pushers Goodreads group and join in!

One thought on “Book Review: Bury Your Dead”