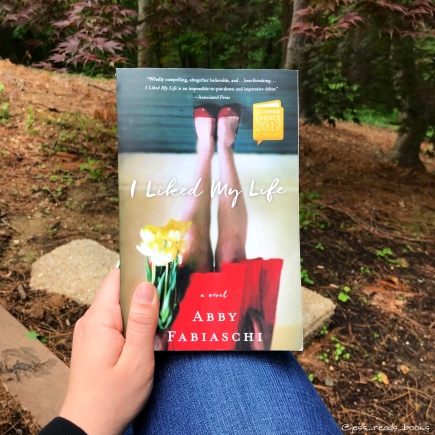 Madeline, a devoted stay-at-home mother and wife has passed away. She has committed suicide and left behind her husband and teenage daughter. Brady has always believed him was a good husband who works hard to care for his family, but what he doesn’t see is that he often left his family as a second priority beneath work and making money. Eve is your typical teenager consumed in school, friends, and sports. When Maddy takes her life Brady and Eve begin to see just how important she was to keeping their family together. Maddy was the glue that kept them as a whole and without her presence Brady and Eve aren’t sure how to be around each other. 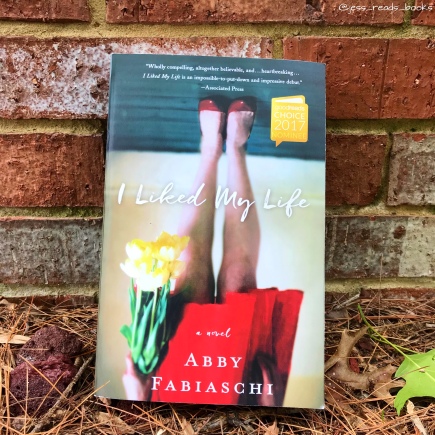 You don’t always get to know what happened, or why things happened a certain way, but it always, always, goes deeper than any one thing. Every experience someone has contributes to their perspective, to their ability to handle their next experience.

Brady and Eve begin to bond with each other as they try to determine what would cause Maddy to commit suicide, an act so far out of her character that it impossible for them to understand. Maddy isn’t ready to leave the world quite yet and while suspended in a sort of purgatory she is able to communicate with Brady and Eve and try to plan for a better future of the two of them. As the days after Maddy’s death tick by Brady and Eve learn more about themselves, the lives they have been living, and how to deal with the loss of Maddy. Will they be able to see past their hurt and move forward with life? 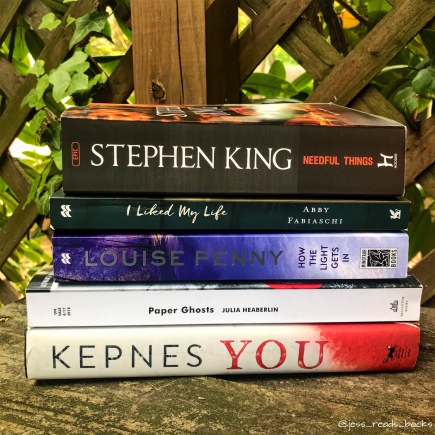 Death doesn’t wait to be convenient. And when you’re older, you’ll look back and see that life doesn’t either.

I LIKED MY LIFE is the story of grief, loss, and understanding. The characters of Maddy, Brady, and Eve each tell their side of the days that pass by after Maddy’s death, allowing the reader to experience every angle of the situation. Instead of being cheesy the idea that Maddy is able to communicate with Brady and Eve after death is eloquently written in a way where the reader wants to know more about what happened to her and cheer for her as she attempts to help her family move on. The characters of I LIKED MY LIFE are well-rounded with complex personalities and humanness to them that the reader can easily relate to. How often are we given the chance to see our flaws so poignantly pointed out and work to improve them and be better people? That’s what happens for Brady and Eve after losing Maddy and it changes their life and relationship for the better. I LIKED MY LIFE touches on important topics, such as alcoholism, regret, and self-blame. Fabiaschi has created a story that is touching, relatable, and inspiring in ways that puts I LIKED MY LIFE above many works of literary fiction.

A special thank you to Lori over at GetRedPR, St. Martin’s Press, and Abby Fabiaschi for providing a free copy of this book in exchange for my honest review.

One thought on “Book Review: I Liked My Life”