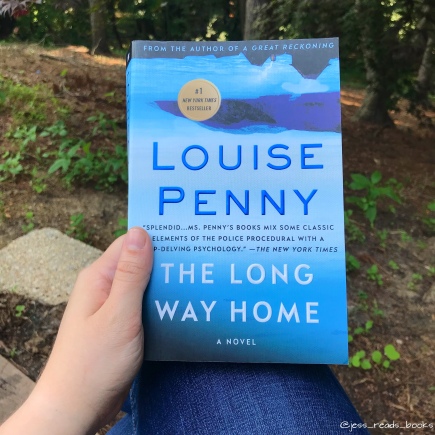 Armand Gamache has officially retired from the Surete du Quebec. He and his wife, Reine Marie, have made a home for themselves in the village of Three Pines. All is peaceful in their lives. Gamache spends his mornings sitting on a bench in the village, reflecting on his childhood and his life. Clara Morrow, a prominent member of Three Pines and friend to Gamache, begins to share in this time with him. Soon she is telling him about the inner workings of her marriage to Peter. Gamache knew Peter and knew that the two had separated a year prior. What he did not know was that the couple was supposed to meet for a reunion a few days ago and Peter did not show. Clara believes something has happened to Peter and is desperate to find him.

Gamache, Jean Guy Beauvoir, Clara, and Myrna Landers set out on a journey through Quebec to find the missing Peter. Sparse clues leave the group scrambling to make sense of the life that he was living over the course of the last year. As a man who had lost his wife and his purpose in his artistic life, Peter set out on a journey to find out more about himself. Clara and those with her begin to see deeper into Peter’s troubled soul as they search for him. Will they succeed in finding this damaged man or is Peter beyond saving? 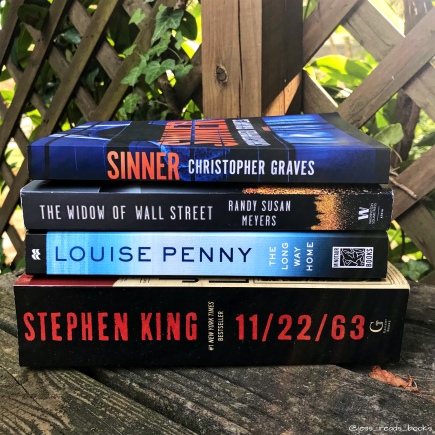 I’ll pray that you grow up a brave man in a brave country. I will pray you find a way to be useful.

THE LONG WAY HOME is the tenth book in the Chief Inspector Armand Gamache series and the first time I can say that I didn’t fall in love. This installment was missing the usual depth and connection to the characters that I have grown accustomed to experiencing with Penny. Based off of the plot summary one would assume that this book would bring the reader so much closer to Peter and Clara, but what I actually experienced was a strange ride on a merry-go-round. The hunt for Peter is repetitive and tedious. Lost is the enjoyment of a good mystery. Penny saved this book from being a total wash for me in the final chapters. Finally, I felt like I was back in the books I have come to love. Armand was there to intricately explain to me the ins and outs of the murder, the fierce love between Three Pines’ residents was there, and that sense of home that Penny has always been able to deliver was once again present. Despite feeling bored with this book, I am looking forward to picking up the next book in the series.