Over 25 years have passed since DCI Matt Ballard started working on the Gibbert Fen case that has haunted him ever since. Back in the 90’s Matt Ballard was fresh on the force and eager to make his career a highly successful one. At the same time a serial killer was striking the remote Gibbert Fen area. The killer had successfully abducted and murdered three young boys, all while leaving behind zero evidence. Through diligent police work, Ballard was able to determine the killer was a man named Paul Underhill. Before he was able to prove this theory, Underhill was killed by an erratic driver and left to die on the side of the road.

Over a period of nine months, from July 1990 to April 1991, three boys were murdered. Their names were Danny Carter, Christopher Ray Fellowes and Jamie Matravers.

Matt has always harbored his doubts about the killer behind the Gibbert Fen case, despite another murder with a similar M.O. not occurring since the death of Underhill. Now that he is knocking at the door of retirement, Matt is planning to secretly continue investigating this case, however, it appears he won’t need to wait. Photos of the old crime scenes taken prior to the murders have started showing up in Matt’s mail and fellow police officer, Gemma’s mail. When a young boy is kidnapped and killed in a manner eerily similar to the Gibbert Fen deaths the department has no choice but to open this cold case. It seems that the killer is back and this time wants more than just his victims, he also wants to take down Matt Ballard. As the days tick by Matt is forced to reveal secrets from his past and his life in order to track down this killer. Matt’s life and reputation are on the line. Can he catch this killer before both are lost? 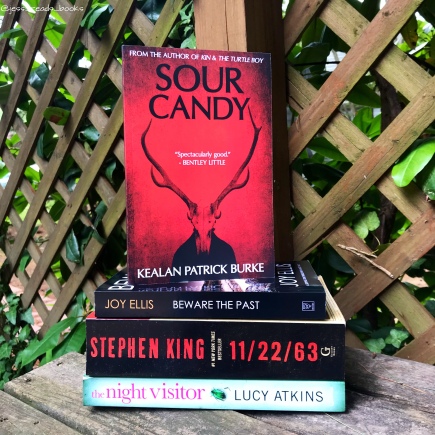 Over the years, I’ve been haunted by the thought, what if he was right? What if the killer was still out there?

Joy Ellis drew me in to BEWARE THE PAST within the first several pages and didn’t let me go until I hit the last sentence. I was instantly drawn to Matt Ballard. I wanted to know more about the Gibbert Fen case, how it impacted him, and how his current case/situation would play out. Ellis created a story that focused on the main character of Matt, but also allowed the secondary characters, his co-workers, close friend, and the killer, to also play a substantial role in making the book a well thought out read. The chapters were short, but had alternating viewpoints within each one, which helped drive the story and keep things fresh. BEWARE THE PAST is an addictive read that will keep you at the edge of your seat and up well past your bedtime!

2 thoughts on “Book Review: Beware the Past”