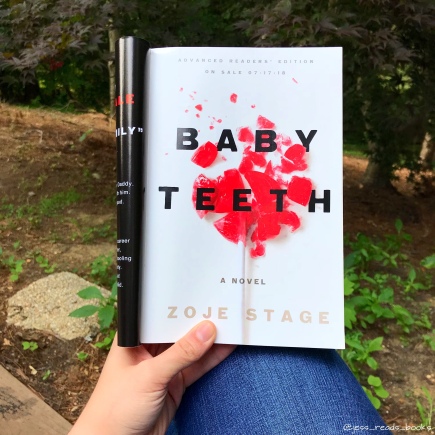 Meet the Jensen’s. They’re a successful family living in Pittsburgh where Dad, Alex, is an architect and Mom, Suzette, home-schools their daughter Hanna. Behind closed doors the truth lies. Seven-year-old Hanna has been kicked out of several schools for destructive behaviors, going so far as to set fire to a trash can at one school. To make matters more difficult, Hanna does not speak. Despite several rounds of testing, the doctors have found nothing physically wrong with Hanna that prevents her speech abilities. 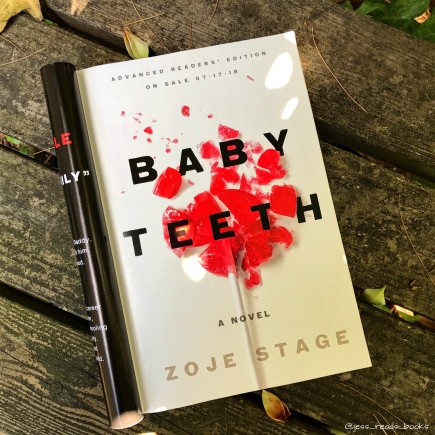 Hanna mouthed silent words, over and over.
A chill radiated from Suzette’s spine, prickling her skin like a million tiny scorpions. She pressed herself into the chair, wanting to get away. Suddenly the girl was beside her. When Suzette looked in her face she saw the whites of her eyes. In dead sockets.
And the fingers. Pointing. Accusing.

Recently Hanna’s behavior has gotten worse. She is now prone to violent outbursts in public and at home she has taken to attacking Suzette. Conveniently, Hanna makes sure to be the picture-perfect daughter when her father is home and Alex is having trouble believing the stories Suzette tells him. As Suzette’s fear and Alex’s doubts mount, tensions are at an all-time high as they wait to see what Hanna will do next. Is Hanna truly this terrible child Suzette describes or is she simply misunderstood? 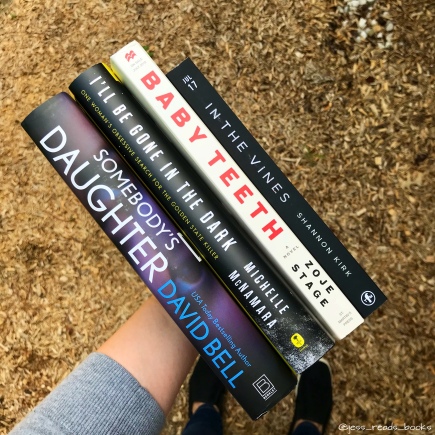 She wasn’t sure anymore which failure should bother her most. That Hanna wouldn’t talk, that Alex wasn’t fully on her side, or that she’d lost faith in her own instincts. For far too long they’d tried to justify, wash in different ways, Hanna’s aberrant behavior.

Everyone has seen that child in the store who is having an epic temper tantrum. You probably thought to yourself, why doesn’t their mother/father do a better job parenting? Well, what does the parent do with a child they’re scared of? That’s exactly what Suzette is trying to figure out with Hanna and to make matters worse, her husband is having doubts about the truthfulness in what she is telling him. Hanna is obsessed with her father and only shows him her best side. Throughout BABY TEETH we see Hanna’s behaviors escalating and it’s only a matter of time before things hit a breaking point. There were several times I was frustrated with Hanna’s parents and thought they should take different actions than they chose, but it’s hard for me to judge since I’m not a parent. I also had some issues with the ending in specific reference to the final chapter from Suzette’s point of view. BABY TEETH is filled with tense, chilling, and downright creepy moments that will forever having me looking at children differently. I would have loved to see the envelope pushed just a bit further, but in the end I really enjoyed this one and the path the story ultimately took.

A special thank you to St. Martin’s Press for sending me a free copy of this book in exchange for my honest review.