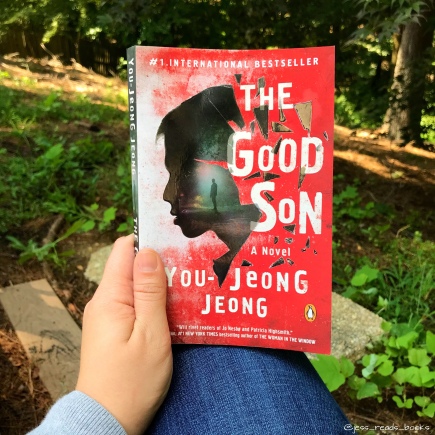 Yu-Jin awakens early one morning feeling as though something is wrong. He can’t remember anything that happened last night. As he goes to get out of bed he realizes that he is covered, head to toe, in blood. His brother, Hae-Jin, is soon calling him to see if everything is okay. Their mother called him in the middle of night and now he cannot reach her. Yu-Jin soon discovers what has happened. She is lying at the bottom of the stairs in a pool of blood.

They say that a normal person lies on average eighteen times an hour. I probably come in a little higher than average, what with my difficulty with honesty. My extra output makes me very good at it, able to spin any kind of story in a believable way.

For years, twenty-six-year-old Yu-Jin has been medicated. When he was young he was placed on medication for epilepsy and while he has had few seizures in his lifetime, he does seem to have pronounced issues with his memory. Despite knowing that he needs his medication to stay alive, Yu-Jin  will periodically stop taking it. His mother knows this and whenever she discovers he has stopped taking his pills she guides him back onto the correct path. Now with the discovery of his mother’s body, Yu-Jin must work to put the pieces together of what happened last night. The logical answer is that he did this, after all he’s the one covered in blood, but why would he murder his mother? What would cause Yu-Jin to lose his mind? 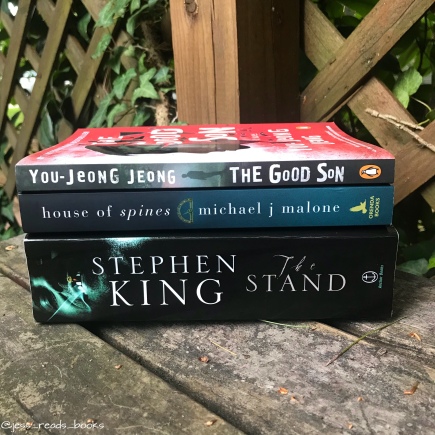 All kinds of people live together in this world, each doing their own thing. Among them, some people become murderers, either by accident, or from a fit of anger, or for the fun of it. I’d never imagined that I could be one of them.

THE GOOD SON starts off with an enthralling first chapter. The reader is immediately waking up with Yu-Jin, in his blood-soaked clothes, with his dead mother at the bottom of the stairs. It’s clear that Yu-Jin is guilty, but are you sure because Yu-Jin certainly isn’t. Alongside Yu-Jin the reader will come to realize that not everything about this family is what it seems. The path of the book and the chain of events are in a span of a few days, which creates a sense of urgency between the reader and story. The use of longer chapters with few page breaks continues to aide in building tension and fueling the reader to continue reading. One of my favorites features of this story was the use of journal entries to tie together the past with present events. THE GOOD SON is not your typical take at crime fiction, but an inside study into the mind of Yu-Jin. I think the back cover sums this story up best with the line: “Who can you trust if you can’t trust yourself?”. THE GOOD SON is a chilling read that should be making its way to your TBR!

One thought on “Book Review: The Good Son”