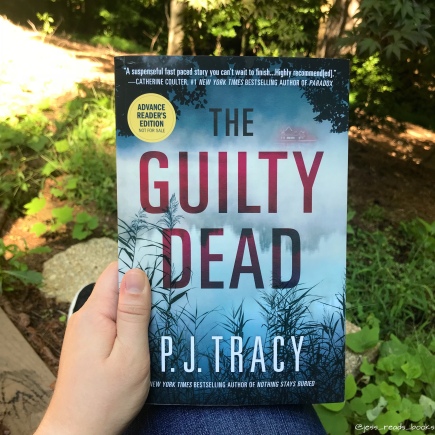 Gregory Norwood, a wealthy Minnesota businessman, has been found dead in his home. His body has been found on the one year anniversary of his son’s drug overdose and appears to be a suicide. Detectives Gino and Magozzi are on the case, which from first glance appears to be an open close standard suicide. That is until they realize that Norwood was left-handed and the gun is resting in his right hand.

When had death ever brought peace, or solved anything at all? You could kill your enemies, but they would always return, like angry ghosts, in one form or another, haunting you, tormenting you.

When another body is found with a connection to Norwood, the detectives believe they have a murderer on the run. But what would cause someone to want to kill Norwood? The investigation begins to reveal that the Norwood family may have been hiding some interesting secrets under the rug. It appears that this is not the first murder to occur in their family history. What happened to make someone decide to kill Gregory Norwood? Can Gino and Magozzi find the killer before they strike again?

I had such a great reading experience with NOTHING STAYS BURIED last year, that I knew I wanted to request THE GUILTY DEAD. Tracy did not let me down! The book opens with a murder that has been staged as a suicide and each storyline that begins unspooling from here has a connection in some way to the murder victim, Gregory Norwood. The Norwood family has been through the ringer, with a murder holding a family connection in the past, the loss of Trey, the son, last year, and now the death of the father. It seems that each of these deaths has something in common and now along with Detectives Gino and Magozzi, the reader is left to piece together the connections. The chapters are brief and typically contain a cliff hanger of sorts that drives the reader to continue reading, however, the next chapter you read is likely coming from another angle of the book. Before you know it you’ve devoured 100 pages in one sitting. The writing is so fluid that you are easily swept up into the crimes and their outcomes. THE GUILTY DEAD is an addictive, fast-paced crime fiction read that will leave you wanting more from your new or old favorite characters!

A special thank you to Crooked Lane Books for providing me a free review copy!

One thought on “Book Review: The Guilty Dead”