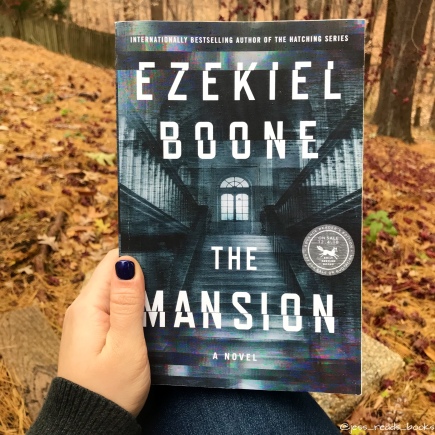 Shawn Eagle and Billy Stafford spent two years living in a dilapidated cabin outside of the desolate, empty Eagle Mansion, subsisting on cheap beer and an enthusiasm to create something new. The two programmers worked hand in hand to create the revolutionary technology that they named Eagle Logic. Along the way Emily began dating Shawn and tension soon escalated between the best friends. Eventually their rock solid friendship crumbled away and Billy left the cabin with Emily to start a new life. While Billy got the girl, Shawn got the technology and today is a billionaire while Billy deals with the struggles of staying sober and fixing his broken marriage with Emily.

Years have passed since Billy and Shawn have seen one another. Shawn has recently reached out to Billy to bring him on board for a secret project. He is working to bring to life their former failed project, Nellie, a computer program that can control your home’s every function. Nellie’s skills range from opening/closing the doors, ordering groceries, controlling your car, and anything else you can dream up. She is the ultimate companion and she’s living within the walls of Eagle Mansion. However, something has gone wrong. During the renovation of the mansion there have been multiple accidental deaths and injuries caused by Nellie. In order to understand what’s gone wrong, Shawn must call on Billy for his expertise. Can Billy figure out what’s happening with Nellie or will she continue to wreak havoc on the inhabitants of Eagle Mansion?

She was designed, first and foremost, to make you happy. The whole point of Nellie was for her to make your life better. The personal assistant of all personal assistant. Her job was to do things for you, to take care of your house and make the decisions you would have made yourself, but without your having to bother.

THE MANSION is a unique suspense/science fiction story about the powers of technology mixed with a haunted house setting and a dash of drama thanks to a love triangle. I have to say, things didn’t go exactly how I predicted them when reading this book. The opening chapters were all about building up how creepy Eagle Mansion is and then we segued to a ton of backstory dealing with the three main characters of Billy, Emily, and Shawn. I love a good backstory. I love when it provides depth to what’s currently happening in present day. I ended up feeling as though Boone could have cut about half of the backstory out of this book. Things got repetitive for me quickly.

Despite feeling that book hit a lull at times, I will say I was consistently drawn to continue reading just one more chapter. The great part about Boone’s writing in THE MANSION is the anticipation that he builds for how crazy things might get. Well they certainly did get crazy around the 75% mark of the book! I loved the climax to the story, although I did think some character’s reactions were a bit over the top. One thing that truly stuck out to me were Boone’s subtle nods to THE SHINING. In case you haven’t read my review, you can check it out here, but to summarize, I’m a huge fan! I really appreciate when authors shoutout other author’s works in their own. I do wish that several of these nods were either a more central feature to the story or had been expanded on. 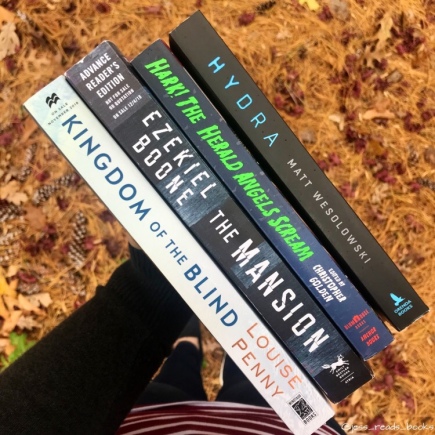 Both of them wanted Emily – needed Emily – to be happy. That was what the human condition always came down to, wasn’t it? Love and death. Those were the only two things that ultimately mattered…

I would recommend THE MANSION as a intriguing science fiction suspense read. Don’t be fooled by those marketing this as a horror book. While there is definitely gore and creep factor to the story, I was never scared by this book. I might have wanted a bit more at the end of the day from THE MANSION, but it’s still one that I would pass along to a friend!

7 thoughts on “Book Review: The Mansion”