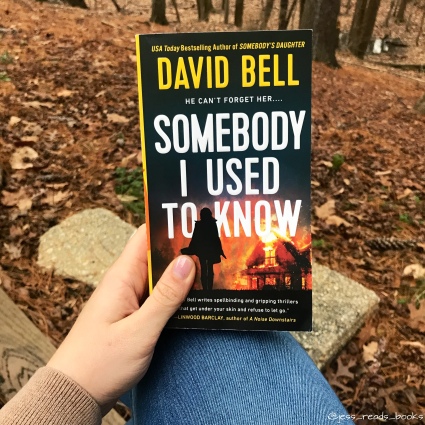 Nick Hansen is just an average guy out grocery shopping when he comes across a young woman who is the spitting image of his former college girlfriend, Marissa Minor, who died in a house fire twenty years ago. When Nick attempts to speak to the woman she seems terrified of him and runs out of the store. The next morning things get stranger for Nick. He awakens to the police pounding on his door. They show him a picture of the woman from the grocery store and explain that she was murdered in a local motel last night. She had a piece of paper in her pocket with Nick’s name and address. He is instantly suspect number one.

Nick can’t get over the way events are unfolding. He is convinced that this murdered woman has to be related to Marissa. With the help of his college friend, Laurel, Nick embarks on an investigation into the past. Could Marissa still be alive? Is this murdered girl related to her? Nick is desperate to know the truth, but does he really want the facts or will the truth prove too much to bear? 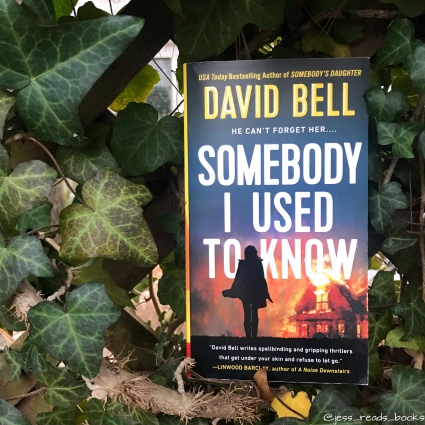 SOMEBODY I USED TO KNOW is a tough book for me to rate. Last summer I read another book by David Bell and loved every page, but things didn’t quite turn out that way with this book. I think the general premise of this story is fascinating. Can you imagine thinking for twenty years that the love of your life died in a fire and than having a doubt instilled in you that they could be alive?

I adore Bell’s writing style and the way that he effortlessly connects readers to the characters in his books. I instantly bonded with Nick and could feel his pain and confusion as he tried to make sense of what was happening around him. As more facts were revealed about the events of the past I felt my reactions coinciding with Nick’s, as I was empathetic for his situation. 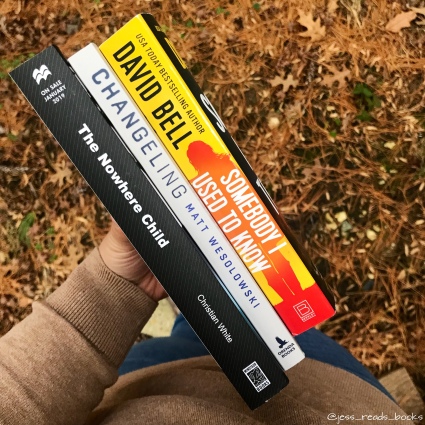 This book is clearly a thriller and Bell creates the heightened element of suspense easily throughout the beginning of this story. Around the midway point I started to lose interest in the book. Twists were everywhere and I didn’t necessarily feel that they were needed. The more twists thrown into the story, the less I started to feel the plot was believable. The less believable the story got, the more I started to zone out while listening to the audiobook. In general I don’t mind having to suspend reality for thrillers, but this book really felt like it was too far-fetched for me to fall in love. I do believe if things hadn’t escalated and eventually ended in the way they had, this book would have received a much higher rating.

Don’t let me thoughts deter you from picking up SOMEBODY I USED TO KNOW. There are quite a few people who have highly rated this book and genuinely enjoyed it, so I think if the plot sounds interesting you should give it a try! Bell has a new book releasing this coming summer, LAYOVER, and I’m really looking forward to getting my hands on a copy!

Thank you to Berkley Books and GetRedPR for sending me a free copy of the mass market release of this book in exchange for an honest review!

2 thoughts on “Book Review: Somebody I Used to Know”