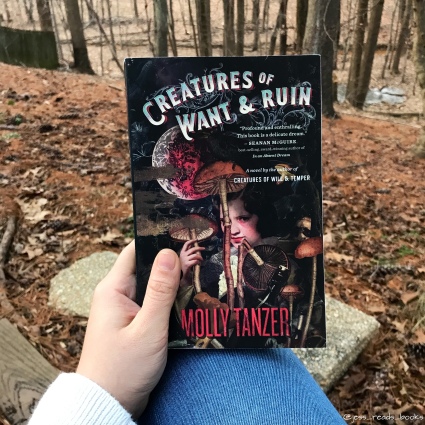 Ellie West is a moonshine bootlegger living in a small town in Long Island, known as Amityville. Here she finds herself working to assist her family and send her brother to college through any means necessary. Fishing by day and avoiding Prohibition regulations by night. When a wealthy stranger propositions Ellie to procure a large amount of moonshine for a party they’re throwing, she finds herself selling them everything she has, along with a few bottles of booze that she came across under unusual circumstances.

Unbeknownst to Ellie, the booze in those bottles has the ability to make people see terrible visions. This liquor is distilled from a strange population of mushrooms that have been slowly sprouting around the island. At the source of this product is a group of men heading up a religious group that preaches about returning the island back to the glory of the old days. The days before the village was filled with immigrants and vacationers. This group ties it’s allegiance to a god, but in reality it is cult of diabolists. In an epic battle to save her home on Long Island and those she holds dear, Ellie will need to work against the clock to defeat this cult. She’ll turn to those she’s known longest, as well as an out-of-towner, Fin, who might just hold the answers on how to win. 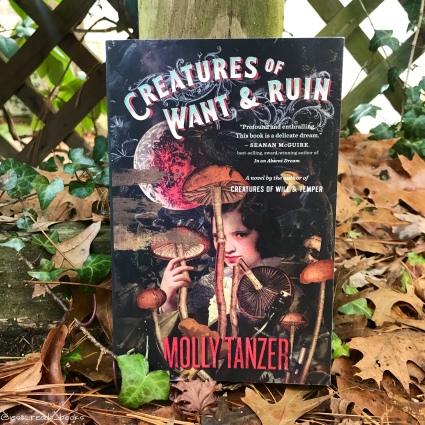 Molly Tanzer has created a story about two badass women, Ellie and Fin, within the pages of CREATURES OF WANT AND RUIN. The story launches with passages from a book called FROM THE DEMON IN THE DEEP, which focuses on a demonic possession. I was a little confused where the book related to everything, but trust me, it’ll tie in later! From there you enter Ellie and Fin’s worlds. These two ladies lead completely different lives. Ellie is a hard-working, independent woman trying to make a better life for her family. Fin’s background is from a privileged family and friend circle that would rather focus on parties than work. Unlike her background, Fin wants to help make the world a better place and feels stuck with a group of people and a husband who she cannot relate to.

The two main characters of Ellie and Fin are truly the center of the book, although you are introduced to a handful of others. I really enjoyed the supporting cast of characters with a particular interest in those who end up banding together to fight against the cult invading their town. While Tanzer does not provide an in-depth background on these characters, there is nothing lacking that would have made the story better. In fact, I think if she had chosen to focus on the secondary characters backstories more the plot would have become diluted. That being said, there were quite a few I would love to know more about! 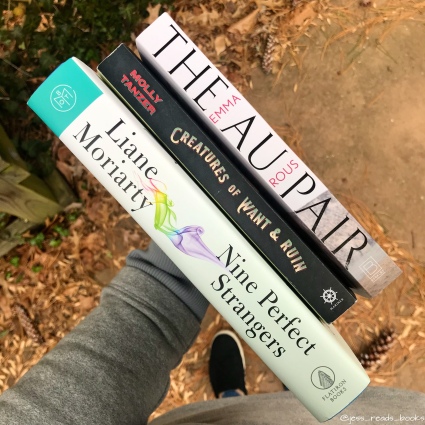 To know the truth…For that, it might be worth summoning a demon, if it were possible.

CREATURES OF WANT AND RUIN is broken down into three parts, which flow together perfectly and serve as great transition points to propel the story. There are no strange gaps of time or continuity to distract the progress of the events happening on Long Island. Tanzer’s unpacking of the story is very methodical and lends itself to this structure. Throughout the early sections there are hints to how things may play out, but the delivery is truly well done. Tying together horror, fantasy, and historical fiction is a tough combination to deliver. CREATURES OF WANT AND RUIN succeeds in melding these genres together to create an entertaining and enjoyable book!

One thought on “Book Review: Creatures of Want & Ruin”