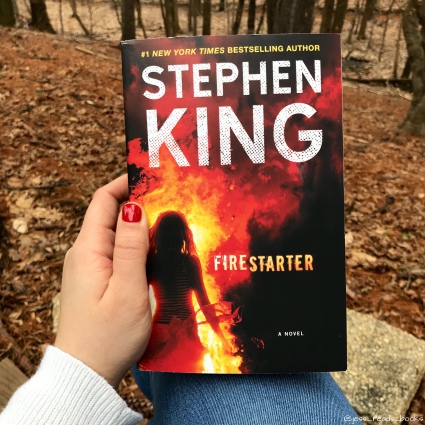 When Andy McGee and Vicky Tomlinson were college students they both needed a way to make some extra cash. They volunteered to participate in an experiment for a drug. Unbeknownst to them, this experiment wasn’t being run by a professor, but by a secret government organization known simply as The Shop. There was no placebo. Everyone was given a drug called Lot Six, which has the effect of bringing latent psychic talents to the foreground. The things Andy and Vicky witnessed unfolding around them to their fellow test subjects were terrifying. They both felt their new powers and the overwhelming need to forget what had happened to them.

Andy and Vicky fell in love and had a daughter, Charlie, who was born with the ability of pyrokinesis. The power to create fire with her mind. The McGee family lived in hiding for many years, but eventually The Shop caught wind of what the couple had created. They will stop at nothing to have Charlie in their possession. She will become their weapon or die. 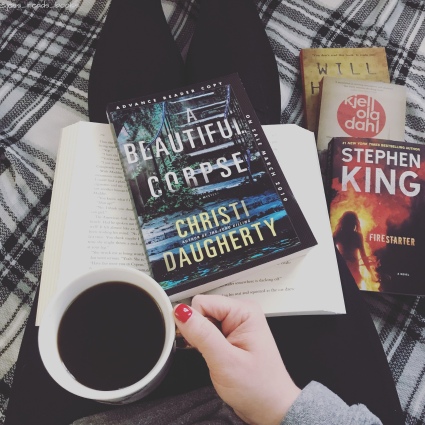 I wasn’t sure what to expect going into FIRESTARTER. I had a vague idea of what the story was about, but I generally try not to reread the synopsis immediately before picking up a book, since they can be a bit spoiler-y at times. I will warn you, it will be hard to write my review without giving a few things away, so reader beware!

King throws the reader straight into the present situation of Charlie and her father, Andy, on the run. You don’t know the context of the situation or how they have found themselves being chased by these men in suits. Don’t worry! Andy soon starts to unpack exactly what has lead up to this situation by heading back to his college years. I’ve seen some reviews that hinted they would have liked King to start here instead of flashing back. Personally, I loved hearing Andy retell his past, the experiment, meeting Vicky, and Charlie’s early days. I found this brought me a solid connection with Andy and in turn, Charlie, as I could see her through his eyes. 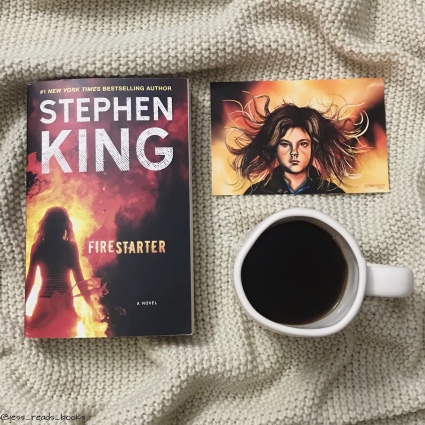 Life is short, and pain is long and we were all put on this earth to help each other.

Andy McGee is certainly one of my favorite King narrators so far in my journey. I love how King creates these starkly honest narrators, who hold nothing back from the reader. I could feel Andy’s emotions, his regrets, his despair, and his hopes for the future. As the story progresses, the reader starts to spend time with Charlie and get to know her as closely as her father. Charlie’s character is a little more locked away than Andy, which I think is perfect given her young age. What do kids do when they’re scared? They lock away what’s frightening them until you are able to coax it out.

Charlie’s character is another perfect example of King gifting his child characters with abilities and mindsets beyond their numerical age. Often, the children in King’s books have experienced something traumatic, which has made them wise beyond their years and as the reader gets to know Charlie you realize that she fits this characterization. One of my favorite aspects of Charlie, is that King leaves her a bit more youth than usual. The hints to children being scolded by their parents for certain actions and being told repeatedly they are bad is exactly how Charlie comes to think of her abilities and the reader watches her struggle with the desire and need to use them firsthand.

FIRESTARTER is a perfect example of how King is able to write across genres, with bits of horror, thriller, and science fiction all wrapped up within these pages. I loved the plot, the characters (even the bad guys!), the pace, and the conclusion of this book! I’ve seen King build up a story and then not craft an epic enough ending, but with FIRESTARTER I think he hit the mark. There was just enough chaos and heart to make me feel satisfied as I turned the last page. 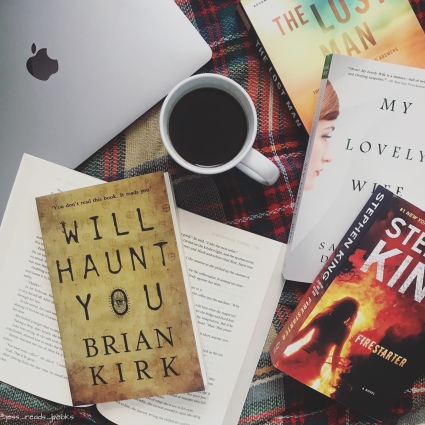 The brain is a muscle that can move the world.

One thought on “Book Review: Firestarter”