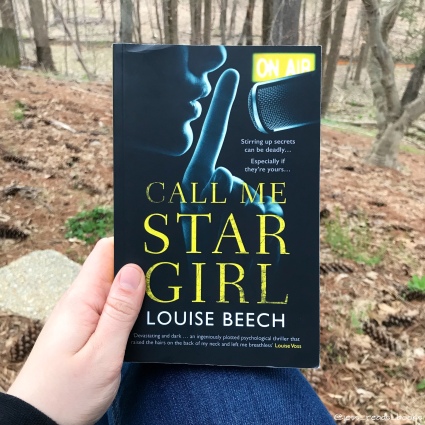 Victoria Valbon was brutally murdered in an alley three weeks ago and the killer has yet to be found. Stella McKeever, local radio personality, has been fascinated by Valbon’s murder. Tonight is her last show on the radio and she wants her callers to reveal their deepest secrets. She’s willing to share her own in return.

Stella is ready to share about the games she and her boyfriend play or about how her mother abandoned her when she was a young child and has recently returned to her life. Perhaps she could tell you about why she constantly keeps a star shaped perfume bottle with her or about the true identity of her father. What she’s really after in this ploy for secrets is the identity of the mysterious male caller who repeatedly calls to tell her he knows who killed Victoria Valbon. Will tonight be the night that Stella learns the mystery caller’s secret and the identity of the killer? 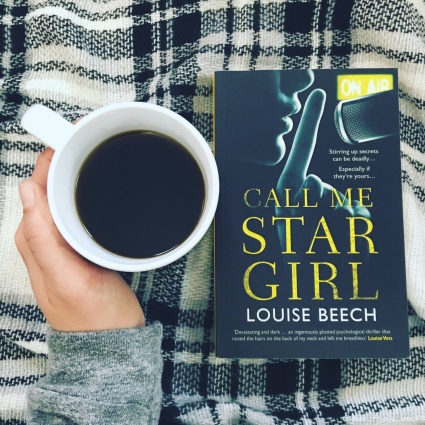 Last year I fell in love with Louise Beech’s THE LION TAMER WHO LOST. This book pushed me out of my normal reading genre and had me reaching for tissue after tissue. When I heard that Beech was writing her first piece of psychological crime fiction I immediately knew I needed to read it.

CALL ME STAR GIRL is at its core the story of Stella McKeever, but also the story of those around her and how everything connects back to the murder of Victoria Valbon. When the book first launches we are alone with Stella in the heart of the night inside the radio station. A series of events in conjunction with the isolation of the studio create an unsettling, tense setting to this story. You can feel the anticipation and fear that Stella is experiencing. She’s receiving mystery calls from a man who claims to know the truth about who killed Valbon. Someone has snuck in the studio and left her a present. She’s certain she has seen someone lurking in the dark as she walks home at night. Is Stella being watched? Is the killer coming for her next? 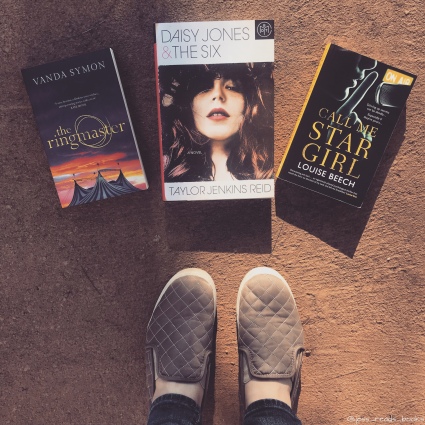 I know all about families without their girl. I’ve been that girl.

Now that you’re on the edge of your seat worried that someone is watching Stella, you’ll be swept up into the story of her life. Beech uses alternating narratives between Stella and her mother, Elizabeth, to unravel not only their estranged relationship, but also their individual connections to Victoria Valbon. That’s right, there’s more to this death than just the proximity to Stella’s work. Each chapter reveals more and more about the characters and the mystery surrounding them. You’ll start to make several conclusions, but let me just break it to you now…you’re wrong! Beech is extremely clever throughout the book, but her intricate planning truly shines through in the last chapters of this story.

My favorite part of this book has to be how despite switching genres, Louise Beech maintained her style and ability to create characters that mean something to the reader. Even the most minor of characters had an impact on me because of how well-rounded Beech writes. Stella and her mother’s stories are fascinating and touch the reader’s heart, which is certainly something most thrillers miss out on. I was instantly invested in these character’s lives, how they were connected with each other, and where the murder of Victoria Valbon would fit in.

If you’re looking for a work of crime fiction that will make you feel invested in the not only the plot, but also the characters, CALL ME STAR GIRL will be the perfect addition to your TBR!

*US readers: You can find the paperback version of this book available to you through Book Depository!

Disclosure: Thank you to Orenda Books for providing me with a free copy of this book in exchange for my honest review!

One thought on “Book Review: Call Me Star Girl”