Charlie Decker has reached his breaking point with authority at his school and at home. Things have gone too far and Charlie has snapped. He has killed one of his teachers and taken the rest of his class hostage. Over the course of one afternoon Charlie will explain to his classmates the series of events that led him to this moment in life. At the same time his classmates will share more about themselves than they ever imagined. Everyone has secrets, but some have worse consequences than others.

Stephen King wrote several stories under the pseudonym of Richard Bachman when his career as an author was first taking off. Rage was the first of these stories and has since been pulled from the market per King’s request. The book centers around a school shooting and King did not feel that his story should continue in circulation after the events of Columbine. Constant Readers can still find the story in certain editions of The Bachman Books, which is just what I did.

I went into this story with the above background in mind and expected something that was violent and gory, but what I found was a short novella-length story dealing with issues such as bullying, expectations, and societal pressures amongst a group of high school students. This is not to say that there is not violence and that this story does not have a school shooting, simply that it was less of the focus than what I was expecting. 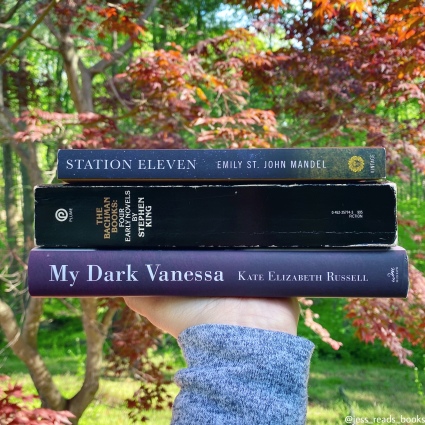 As someone who has read various King books throughout the last few years, it was hard for me not to hear his literary voice shining through despite being written by “Richard Bachman”. There are so many classical King elements to this story with character development. I was blown away by some of the stories that Charlie and his classmates share with one another. They’re tales that are relatable to anyone who went through high school, whether we personally experienced them or had friends that encountered something similar. They are stories that echo the sentiment that you can’t judge a book by it’s cover and you never know what secrets people are keeping.

My favorite element to this story is that King was able to create such a fulfilling story that is essentially about events that happened over a few hours. There are flashbacks and side stories that create a well rounded and layered story that draws your emotions to the foreground. I was angered by parts of the story, as well as sympathetic to other parts.

I hope one day that King will change his mind about publication of this story, as there is a great message within its pages.

One thought on “Book Review: Rage”