Video footage of an apparent murder on a London train has found its way to the inbox of Lydia Wright, a hardworking journalist who immediately starts investigating. After questioning the police and transit authority it appears no one knows anything about this murder and there is no body. How could someone simply be murdered in public without anyone, but one witness, the videographer, knowing about it? Lydia finds herself digging deeper and deeper into the mysterious video, which simultaneously draws her closer and closer to Michael Stringer, a fixer, who just might have the answers she’s after. As their paths collide they must decide if they trust each other and how far they are willing to go in the name of justice.

BLOOD RED CITY is a heart-pounding trip into the underworld of London, filled with secrets, deception, and murder. Rod Reynolds takes us on our journey by allowing the reader to tag along with two characters who on the surface seem to have nothing in common, but find their world’s colliding.

Lydia Wright is a journalist who won’t let anyone stand in her way and Michael Stringer is a fixer with a soft side for what is right. I love the way Reynolds carefully crafted these characters and let the reader get to know each of them individually before they ever met. Wright and Stringer both have so much more to offer than what people see on the surface. By Reynolds showing that to the reader right off the bat, we’re able to form solid relationships with each character and really yearn for them to collaborate to find justice for our mystery victim. 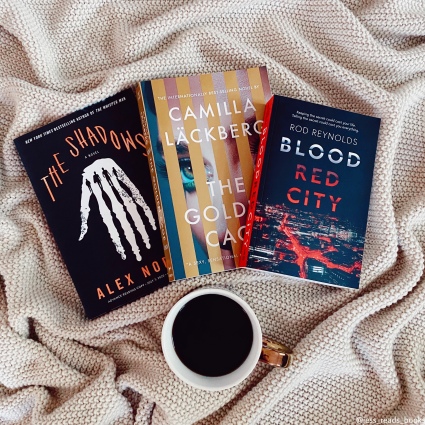 I love when crime fiction focuses on more than just the crime or murder. Reynolds has created an entire world of shady activity and henchmen within BLOOD RED CITY, which truly makes this work stand out in a crowded genre. The book quickly becomes more than what your reaction would be if an anonymous source sent you a video of a murder. It transforms into something intricately layered, which forms a much larger puzzle for the reader to solve.

Reynolds uses two proven writing styles within this book that truly help to build an overall sense of suspense and urgency. Short chapters are easily one of the best ways to drive a story to a frantic pace. They keep the action coming at the reader at a clipped pace, which is exactly what Reynolds conveys here. In addition to setting up pacing with chapter length, Reynolds alternates the perspective of the story between Lydia and Stringer. Reynolds doesn’t stick to only doing this with the shift from chapter to chapter, but mixes it up with perspective shifts within the same chapter (don’t worry they’re easily identifiable with page breaks). I felt like I was watching a movie during these longer chapters with multiple shifts. It was almost like the camera was panning over to another character to see their reaction.

If you’re looking for something thrilling to add to your TBR that will completely transport you into a London you’ll be fascinated by, then BLOOD RED CITY is the book for you!

Please be sure to check out all of the amazing bloggers heading up this tour!

A huge thank you to Orenda for my gifted copy!