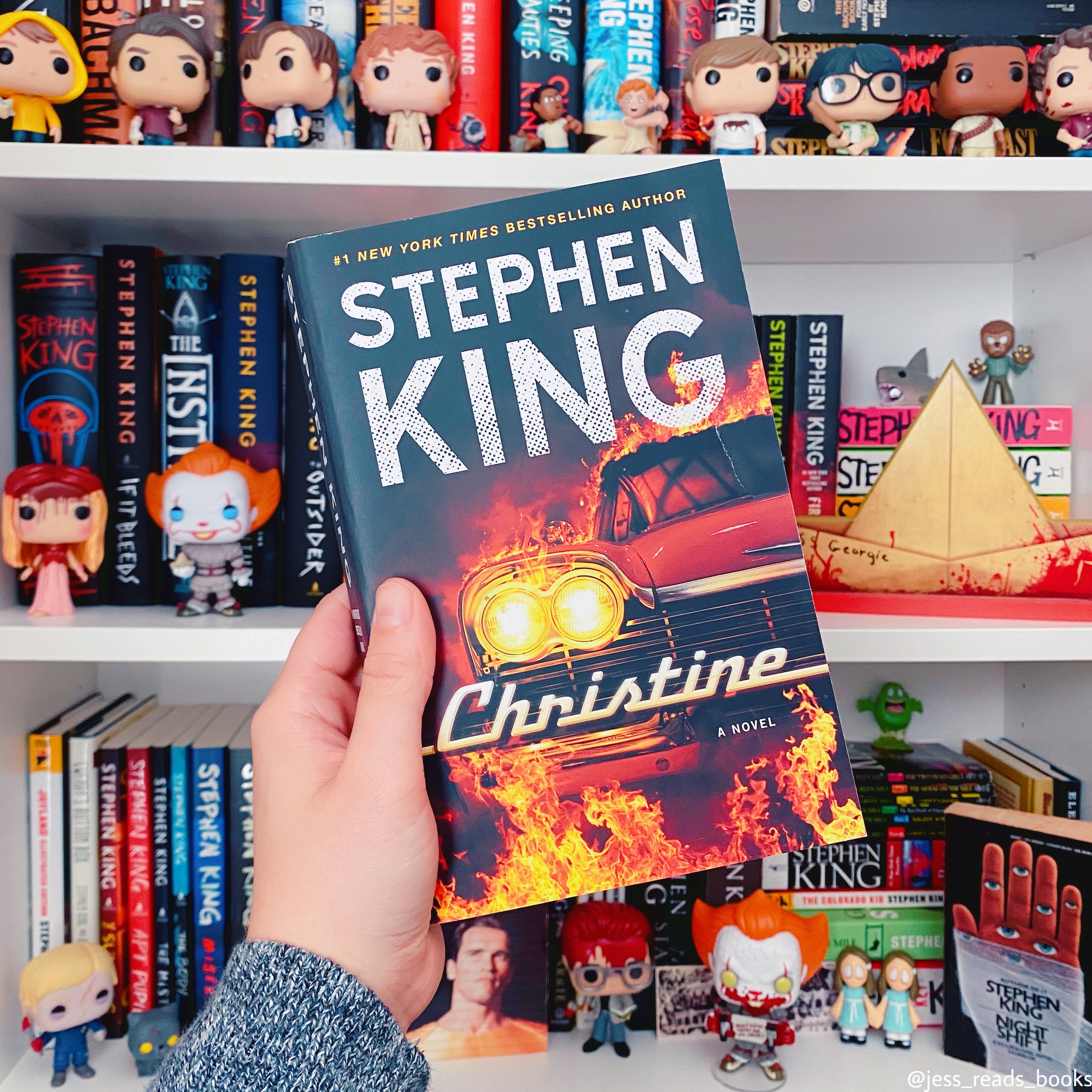 It was love at first sight for Arnie Cunningham the day he spotted the dilapidated 1958 red and white Plymouth Fury for sale on the side of the road. The cantankerous owner has dubbed the car “Christine” and is willing to part with his car for a steep price. Arnie’s best friend, Dennis Guilder, warns him he’s being taken for a fool, but Arnie refuses to believe him. Arnie is the kid who has never had much luck in the looks or popularity department, but with Christine in his life, everything starts to change for Arnie. Suddenly he has a newfound confidence, his skin is clearing up, and he’s garnered the attention of the most beautiful girl in school, Leah Cabot. Things may be looking up for Arnie, but the longer he owns Christine, the more he starts to change into someone Dennis and Leah don’t recognize. Is there more than meets the eye with Christine? 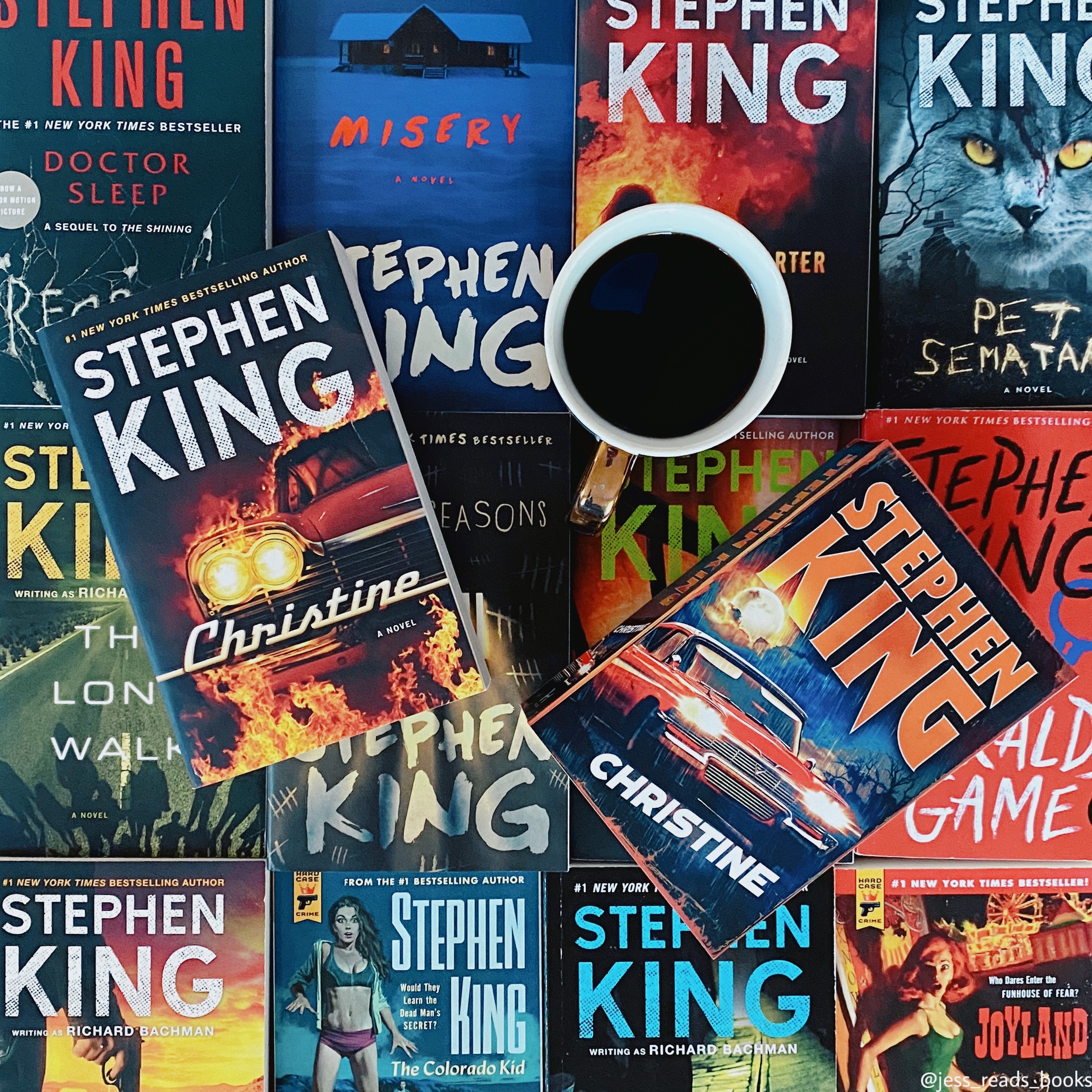 CHRISTINE is one of those Stephen King books that I’ve grown up hearing about, but more so in reference to the movie. I knew that there was a crazy car at the center of this story, but beyond that I didn’t quite know what to expect when I picked this book up. What I found was an entertaining horror story with a great campy vibe!

The story is told from Dennis’ viewpoint for the majority of the book, which allows for a great outsider’s perspective on what is happening to Arnie since acquiring Christine. We get to know both Dennis and Arnie, while also learning about their friendship, during the first part of the book. I thought the set-up of Christine was very true to King’s form with a lot of backstory coming through in the first section to lead to the action later. I know not everyone is a fan of King’s use of intricate detail when setting up his stories, but for me it really works and I loved getting to know our main characters closely. 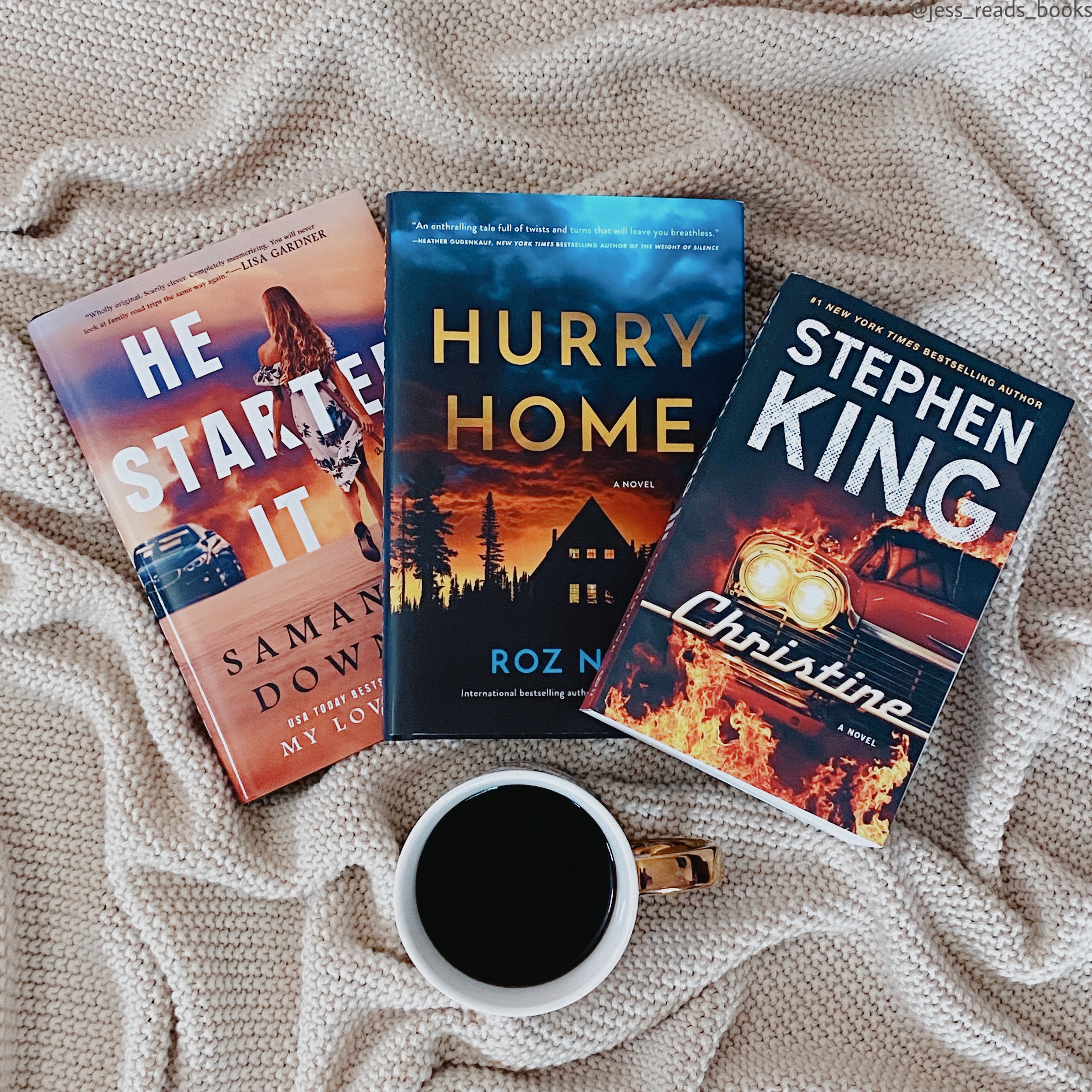 The entire premise to this book felt mapped out in order to explore the full potential of the plot. If I’m being completely honest, this one lost point for me because I wanted a bigger ending. I wanted something more dramatic than what was delivered, although ultimately King’s ending was satisfying enough for me.

This is a tough story to talk about in a review without giving away too many fun details from the story. What I’ll close with saying is that I genuinely enjoyed reading CHRISTINE! There was such a nostalgic and campy horror movie vibe to the book that I instantly clicked with it. There was heart, mystery, and plenty of tense moments where I wasn’t sure what was going to happen.

Basically…you’d be a shitter not to read this one! (IYKYK)

One thought on “Book Review: Christine”