After eighteen years in prison, in 2011 one of the greatest miscarriages of justice was righted when Damien Echols, Jason Baldwin, and Jessie Misskelley were released from prison. In 1993, three eight-year-old boys were found brutally murdered in West Memphis, Arkansas. The case was sparse on clues as to who may have committed these crimes. After weeks of dead end investigative work, police suddenly charged three teenagers believed to be members of a satanic cult as the murderers. The trial can best be summed up as a witch-hunt filled with investigative errors, false confessions, and a lack of solid evidence. Despite these issues, the jurors were quick to sentence Jason Baldwin and Jessie Misskelley with life in prison and Damien Echols to death. These guilty verdicts made the local Arkansas population happy and even upheld appeal until their eventual release in August 2011. 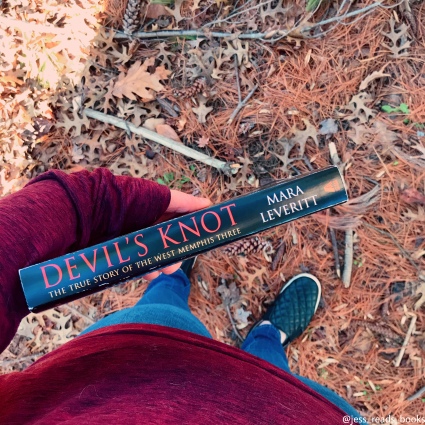 Mara Leveritt has put together one of the most well-researched and detail-filled true crime books I have read with DEVIL’S KNOT. Leveritt walks the reader through this entire case from the moment the murders are discovered until the release of the wrongly accused. I have never been so angry and confused reading a piece of true crime as I was with this story. I am completely infuriated at how things played out and frustrated as to how things were allowed to progress to the level that they did.

The case of the West Memphis Three wasn’t one I was particularly knowledgeable about before opening this book, which is a complete shame. I think this case deserves to be recognized, not just in the true crime community, but everywhere. It’s a case of injustice and downright terrifying that it could potentially happen to anyone. Thanks to a few other true crime lovers I will be checking out the Paradise Lost and West of Memphis documentaries. 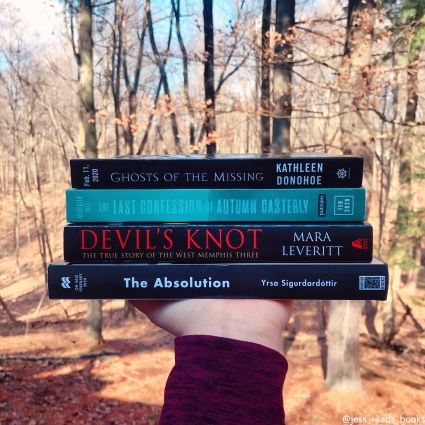 For me as a reader, I know that I consume nonfiction books easier and more completely through the use of audiobooks, which is exactly what I did with DEVIL’S KNOT. I highly recommend going this route if this is something you also struggle with.